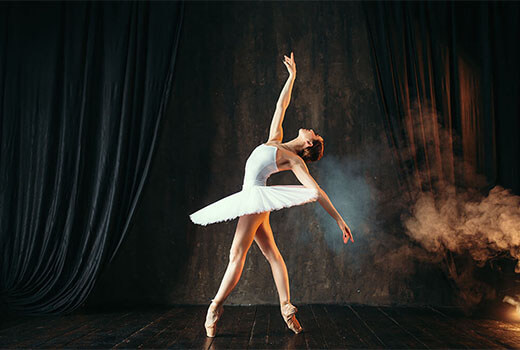 Ballet is a type of performance dance that originated in the Italian Renaissance courts of the 15th century and later developed into a concert dance form in France and Russia. It has since become a widespread, highly technical form of dance with its own vocabulary based on French terminology. It has been globally influential and has defined the foundational techniques used in many other dance genres. Ballet requires years of training to learn and master, and much practice to retain proficiency. It has been taught in ballet schools around the world, which have historically used their own cultures to evolve the art.

Classical ballet is based on traditional ballet technique and vocabulary. There are different styles of classical ballet that are related to their areas of origin, such as French ballet, Italian ballet and Russian ballet. Several of the classical ballet styles are associated with specific training methods, which are typically named after their creators. For example, the Cecchetti method is named after its creator, Italian dancer Enrico Cecchetti. 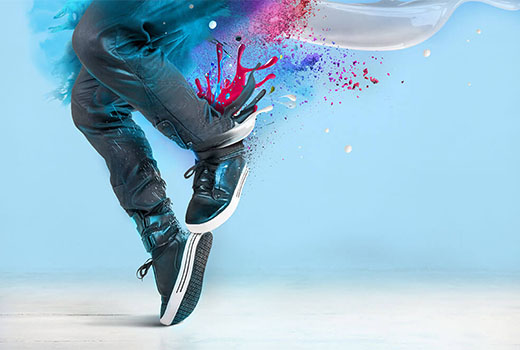 Hip-hop dance refers to street dance styles primarily performed to hip-hop music or that have evolved as part of hip-hop culture. It includes a wide range of styles primarily breaking, locking, and popping which were created in the 1970s and made popular by dance crews in the United States. The television show Soul Train and the 1980s films Breakin’, Beat Street, and Wild Style showcased these crews and dance styles in their early stages; therefore, giving hip-hop mainstream exposure. The dance industry responded with a commercial, studio-based version of hip-hop—sometimes called “new style”—and a hip-hop influenced style of jazz dance called “jazz-funk”. Classically trained dancers developed these studio styles in order to create choreography from the hip-hop dances that were performed on the street. Because of this development, hip-hop dance is practiced in both dance studios and outdoor spaces.

The commercialization of hip-hop dance continued into the 1990s and 2000s with the production of several other television shows and movies such as The Grind, Planet B-Boy, Rize, StreetDance 3D, America’s Best Dance Crew, Saigon Electric, the Step Up film series, and The LXD, a web series. Though the dance is established in entertainment, including mild representation in theater, it maintains a strong presence in urban neighborhoods which has led to the creation of street dance derivatives Memphis jookin, turfing, jerkin’, and krumping.
1980s films, television shows, and the Internet have contributed to introducing hip-hop dance outside of the United States. Since being exposed, educational opportunities and dance competitions have helped maintain its presence worldwide. Europe hosts several international hip-hop competitions such as the UK B-Boy Championships, Juste Debout, and EuroBattle. Australia hosts a team-based competition called World Supremacy Battlegrounds and Japan hosts a two-on-two competition called World Dance Colosseum.

What distinguishes hip-hop from other forms of dance is that it is often “freestyle” (improvisational) in nature and hip-hop dance crews often engage in freestyle dance competitions—colloquially referred to as “battles”. Crews, freestyling, and battles are identifiers of this style. Hip-hop dance can be a form of entertainment or a hobby. It can also be a way to stay active in competitive dance and a way to make a living by dancing professionally. 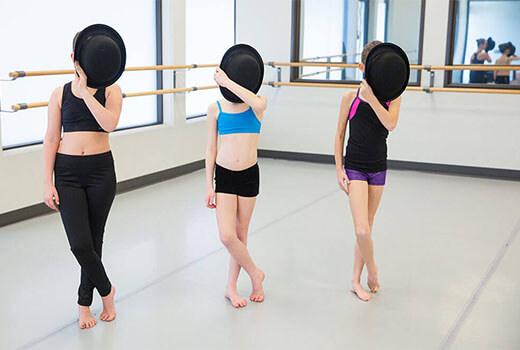 Jazz dance is a classification shared by a broad range of dance styles. Before the 1950s, jazz dance referred to dance styles that originated from African American vernacular dance. In the 1950s, a new genre of jazz dance—modern jazz dance—emerged, with roots in Caribbean traditional dance. Every individual style of jazz dance has roots traceable to one of these two distinct origins. Jazz was a big hit in the early 50s and it is still a well-loved style of dance all over the world. Moves used in jazz dance include jazz hands, kicks, leaps, sideways shuffling, rolled shoulders, and turned knees.

The term “Jazz” was first applied to a style of music and dance during World War I. Jazz in a dance form, however, originates from the vernacular dances of Africans when they were brought to the Americas on slave ships. This dance form developed alongside jazz music in New Orleans in the early 1900s. Beginning in the 1930s and continuing through the 1960s, Jazz dance transformed from this vernacular form into a theatre-based performance form of dance that required a highly trained dancer. During this time, choreographers from the modern and ballet dance worlds experimented with the jazz dance style. This includes choreographers like George Balanchine, Agnes de Mille, Jack Cole, Hanya Holm, Helen Tamiris, Michael Kidd, Jerome Robbins, and Bob Fosse. All of these choreographers influenced jazz by requiring highly trained dancers to perform a specific set of movements, which differed greatly from the colloquial form of New Orleans in the 1900s. Also during this time period (circa. 1950) jazz dance was profoundly influenced by Caribbean and other Latin American dance styles which were introduced by anthropologist and dancer Katherine Dunham. Jazz is also like choreography too. 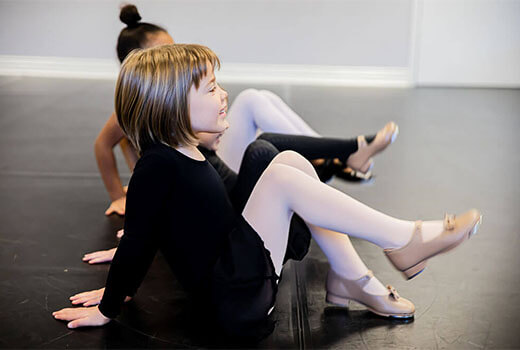 Tap dance is a form of dance characterized by using the sound of one’s tap shoes hitting the floor (or other surfaces) as a percussive instrument. As such, it is also commonly considered to be a form of music. Two major variations on tap dance exist: rhythm (Jazz) tap and Broadway tap. Broadway tap focuses more on the dance. It is widely performed as a part of musical theater. Rhythm tap focuses more on musicality, and practitioners consider themselves to be a part of the Jazz tradition.

The sound is made by shoes with a metal “tap” on the heel and toe. Tap shoes can be bought at most dance shops. There are different brands of shoes which sometimes differ in the way they sound. “Soft-Shoe” is a rhythm form of tap dancing that does not require special shoes, and while rhythm is generated by tapping of the feet, it also uses sliding of the feet (even sometimes using scattered sand on the stage to enhance the sound of the performer’s sliding feet) more often than modern rhythm tap. It preceded what is currently considered to be modern tap, but has since declined in popularity. 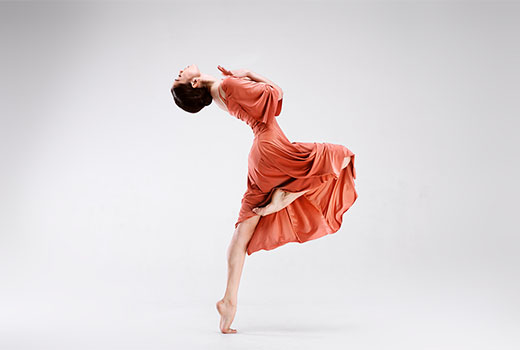 Contemporary dance is a popular form of dance which developed during the middle portion of the twentieth century and has since grown to become one of the dominating performance genres for formally trained dancers throughout the world, with particularly strong popularity in the U.S. and western Europe. Although originally informed by and borrowing from classical, modern, and jazz styles, it has since come to incorporate elements from many styles of dance, but due to its popularity amongst trained dancers and some overlap in movement type, it is often perceived as being closely related to modern dance, ballet and other classical concert dance styles.

In terms of the focus of its technique, contemporary dance tends to utilize both the strong and controlled legwork of ballet and modern dance’s stress on the torso, and also employs contact-release, floor work, fall and recovery, and improvisation characteristic of modern dance. Unpredictable changes in rhythm, speed, and direction are often used, as well. It sometimes also incorporates elements of non-western dance cultures such as elements from African dance including bent knees, or movements from the Japanese contemporary dance Butoh. 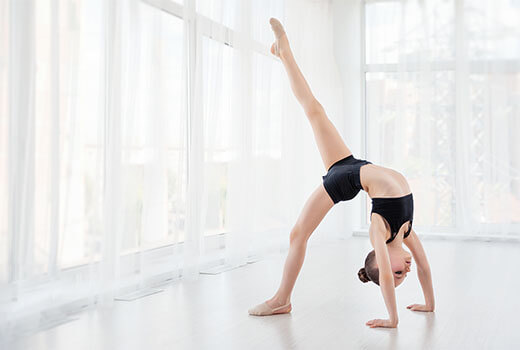 Acro dance is a style of dance that combines classical dance technique with precision acrobatic elements. It is defined by its athletic character, its unique choreography, which seamlessly blends dance and acrobatics, and its use of acrobatics in a dance context. It is a popular dance style in amateur competitive dance as well as in professional dance theater and contemporary circus productions such as those by Cirque du Soleil. Acro dance is known by various other names including acrobatic dance and gymnastic dance, though it is most commonly referred to simply as acro by dancers and dance professionals.

Acro is an especially challenging dance style for dancers as it requires them to be trained in both dance and acrobatic skills. Acro dancers must be in excellent physical condition as well, because acro is a physically demanding activity. 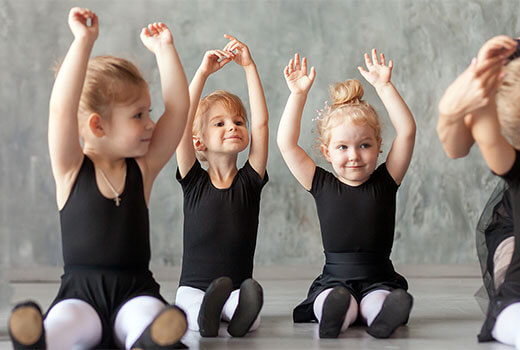 The Super Stars program is designed for dancers three and four years of age. Classes are 45 minutes in length and are a combination of tap and ballet. The class begins with tap where students learn basic technique and combinations. Midway through class we switch to ballet and continue with a basic ballet stretch. The dancers learn basic ballet positioning, choreography and how to work across the floor both independently and with a partner. This program is very age appropriate and paves the way to the wonderful art of dance. 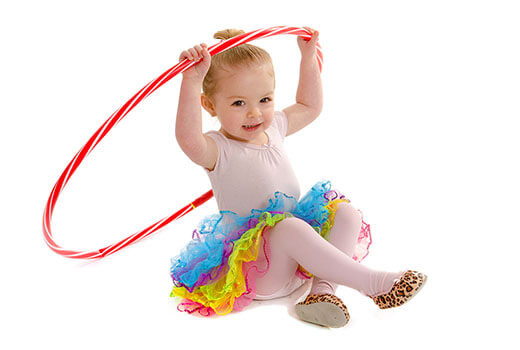 The Shining Stars Program is designed for dancers eighteen months to three years old. Classes are 45 minutes in length and are structured to teach the basics of dance to very young children. Most of the class is conducted using props such as maracas, lummi sticks and bean bags. The little dancers learn to work across the floor and with a partner. Dancers also learn a dance to perform at the end of year recital.

The Shining Stars program is a fun introduction to the world of dance.

Fill out your info below!

Our Clients Love Us!

"My three grandkids goes to that dance School, they are really good with young kids and they have great Recital at the end of season."

Also find us on social media!